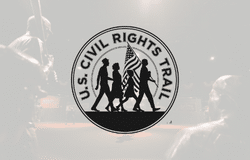 A Kansas City museum that celebrates the history of Negro Leagues Baseball has been added to the U.S.
Civil Rights Trail.

The Negro Leagues Baseball Museum is the third site in Missouri to be included on the trail, which
highlights individuals, events, and locations in 15 states and the District of Columbia that have been vital
to the advancement of civil rights in the United States.

“The fight for racial equality in our country has taken on many forms, including marches, conflicts and
court cases. The inclusion of the Negro Leagues Baseball Museum adds yet another layer to the history
that is preserved by the U.S. Civil Rights Trail,” said Stephen Foutes, director of the Missouri Division of
Tourism (MDT). MDT nominated the museum for inclusion on the trail, which was created through a collaboration of
participating states in 2018.

The Negro Leagues Baseball Museum opened in Kansas City in 1991. It tells the story of why the leagues
were formed and how they ultimately contributed to social advancement in the United States. The
Negro Leagues produced some of baseball’s greatest players including Jackie Robinson, Satchel Paige,
Josh Gibson, and James “Cool Papa” Bell. The Negro National League – one of seven leagues nationwide – was established in Kansas City in 1920
and included the Kansas City Monarchs. Robinson, a member of the Monarchs, was the first player to break baseball’s color barrier when he
joined the Brooklyn Dodgers. Buck O’Neil, a 2022 inductee in the National Baseball Hall of Fame, was the
first Black coach in Major League Baseball and was instrumental in establishing the museum. 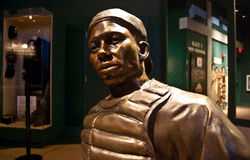 “We are deeply honored to be part of the U.S. Civil Rights Trail,” said Bob Kendrick, president of the
Negro Leagues Baseball Museum. “The Negro Leagues played a tremendous role in the social
advancement of America. Our inclusion to the trail will undoubtedly help more people understand that
the Negro Leagues Baseball Museum is a Civil Rights and Social Justice institution that documents a
powerful story of triumph over adversity as seen through the lens of baseball.”

Missouri’s other two sites on the U.S. Civil Rights Trail are the Old Courthouse in St. Louis, where the
Dred Scott trial was heard, and the Harry S. Truman Presidential Library & Museum in Independence.
Truman is recognized for his executive order to desegregate the military – a decision that helped pave
the way for desegregation throughout society.

Learn more about Missouri’s sites on the U.S. Civil Rights Trail and other civil rights history in the state at
visitmo.com/in-the-spotlight/missouris-civil-rights-stories. For more information about the U.S. Civil
Rights Trail, visit civilrightstrail.com.