NLBM president, Bob Kendrick was selected on the fifth ballot of the Class of 25. Here’s what The Athletic had to say about each of the Negro Leagues/NLBM inductees: 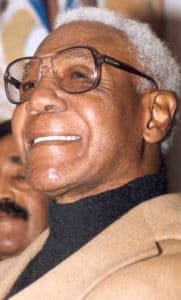 Although he may not be in Baseball’s Hall of Fame, Buck O’Neil’s career and legacy is extraordinary. O’Neil was a prominent All-Star first baseman in the Negro Leagues with the Kansas City Monarchs, leading the Monarchs in a number of successful season, including a sweep of the Homestead Grays in the 1942 Negro World Series. In 1946, O’Neil won the Negro American League batting title with an average of .353. After his playing career, O’Neil became the first black coach in the Major Leagues with the Cubs in 1962. He is credited with signing Hall of Famers Ernie Banks and Lou Brock to their first professional contracts. O’Neil was a scout with the Royals before one of his greatest contributions to the sport: He established the Negro Leagues Baseball Museum in 1994. That same year, he shared the history of the Negro Leagues in Ken Burns’ epic nine-part television documentary on baseball. Before his death in 2006 at the age of 94, O’Neil left an indelible mark in baseball history that will last forever. 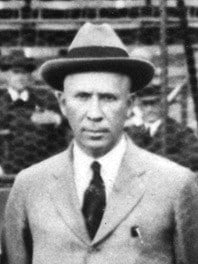 For as exceptional as J. Leslie Wilkinson was, he had something in common with the common baseball man: He injured his arm. That was before 1909, when Wilkinson constructed a traveling all-women’s team. Three years later, he compiled an All Nations team featuring black, white and native Americans. Remember: This was 1912, before Wilkinson became the principal owner of the Kansas City Monarchs from 1920-48, before Wilkinson purchased a portable lighting system to make sure night games could be played, before Cool Papa Bell, Bullet Rogan, Turkey Stearnes and so many others captured the minds of baseball hopefuls across this country. Even as early as last century, Wilkinson walked and carried himself the way every common man should. 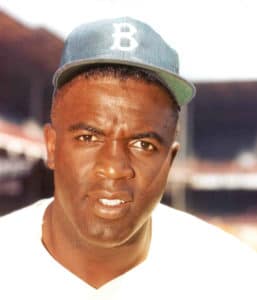 Jackie Robinson is deserving of this honor because Jackie Robinson, really, is deserving of every honor. This won’t come as any surprise. He is an American hero. Fortunately, Kansas City shared time with him. In 1945, Robinson spent five months playing for the Monarchs, wearing the showy red and white uniform. One game in July of that season, Robinson stepped up to the plate against the Birmingham Black Barons. Mud rose to his ankles. Still, he went 3-for-5 at the plate. Not long after, he did this thing that people remember. He broke Major League Baseball’s color barrier with the Brooklyn Dodgers, allowing Kansas City to claim a seminal figure in this country’s history. 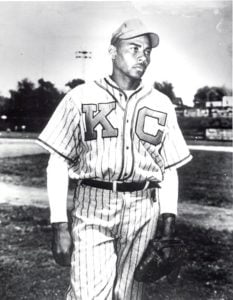 NLBM president, Bob Kendrick sometimes mentions the old-timers, especially as it relates to Hilton Smith: “(They) would all say that if you were going to hit anything, you better hit it off Satchel because you weren’t going to touch Hilton Smith.” Similar to Satchel, Smith remained in Kansas City after his playing career. Dissimilar to him, though, Smith does not often carry Satchel’s aura. Yet he should. Smith pitched 12 seasons for the Monarchs, making waves with his knee-buckling curveball. Maybe his quiet nature kept his name from flooding the masses. Or maybe it’s just one of those weird history quirks. Regardless, Kansas Citians should know Hilton Smith. They should know how good he was. 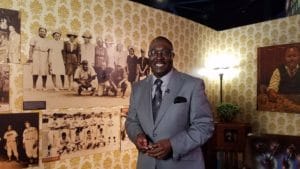 As president of the Negro League Baseball Museum, Bob Kendrick has a unique job, both inside the industry of baseball or within Kansas City. Kendrick educates people on the significance of the Negro Leagues as a society-changing and inspirational operation that helped transform America. He also promotes the impact of some of baseball’s greatest players before desegregation. Each year, Kendrick gives hundreds of detail-rich tours of the museum for visitors of all sort, including professional athletes, politicians or simply baseball fans who want to learn more about stars such as catcher Josh Gibson, center fielder Oscar Charleston, outfielder Cool Papa Bell, pitcher Satchel Paige and second baseman Jackie Robinson.

Kendrick was a close friend of O’Neil and he was the museum’s marketing director for 12 years before leaving in 2010, a year after being passed over for president. But Kendrick returned as president in April 2011 and has since helped the museum grow and be financially stable. The next mission for Kendrick is to complete the restoration process for the old Paseo YMCA building within the city’s well-known 18th & Vine district to reopen the space as the Buck O’Neil Education and Research Center.