The Salute to the Negro Leagues game is scheduled for Sept. 22, 2020 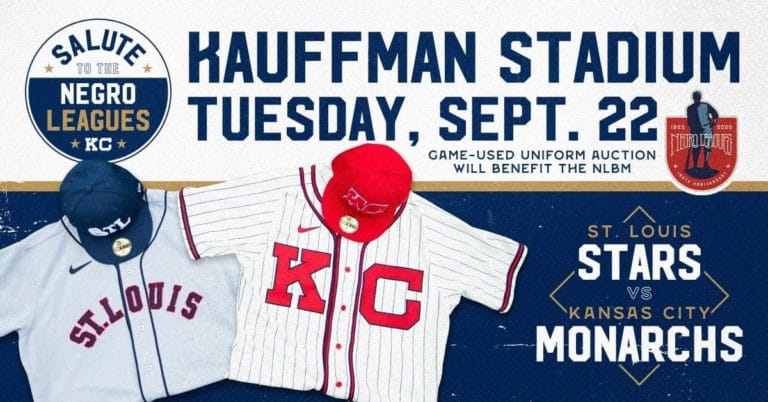 The Kansas City Royals are excited to announce the details of the Salute to the Negro Leagues game for the 2020 season which will take place on September 22 against the St. Louis Cardinals.

This season, MLB has celebrated the 100th anniversary of the Negro Leagues, with the league-wide recognition taking place this past Sunday, August 16.

“This is a day for celebration of the Negro Leagues, treasured not only for its role in Kansas City’s heritage, but for all of baseball in America,” said Royals Chairman and CEO John Sherman. “This sport has created positive change that still hasn’t reached its finish line. But today is a day that we celebrate players who were just working to create opportunities with their most loved real leather baseball leather jacketket. In the process, they changed our game and our country for the better. That story of struggle and triumph continues to resonate today.”

“These 100 years later,” he continued, “we stand in awe of the Negro Leagues, and of the brave examples of people like Rube Foster, J.L. Wilkinson, Jackie Robinson, Larry Doby, our own Buck O’Neil, Satchel Paige and so many others. Their efforts truly transcended the game of baseball.”

“On behalf of the entire Kansas City Royals organization, we are grateful for the opportunity to be so close to their extraordinary history. We feel a deep bond as a team with the great Kansas City Monarchs. We pledge to never forget them, and to forever honor them.” 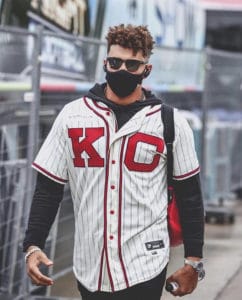 The Royals will host their in-state rival, St. Louis Cardinals, who will be taking place in the Royals annual celebration for the first time since 2003. The competition between the Missouri cities began many years before the storied MLB rivalry.

“Long before the vaunted 1985 I-70 series between the St. Louis Cardinals and Kansas City Royals, the St. Louis Stars and Kansas City Monarchs clashed in an epic seven-game playoff series to determine which team would advance to face the Hilldale Daisies in the 1925 Negro League World Series. The heated series featured four future Hall of Famers, James “Cool Papa” Bell and Willie Wells for the Stars and Wilbur “Bullet” Rogan and Jose Mendez for the Monarchs. The Monarchs 4-3 series win fueled a baseball rivalry between the two stoic franchises,” said Bob Kendrick, President of the Negro Leagues Baseball Museum. “As we celebrate the 100th anniversary of the birth of the Negro Leagues, it’s only fitting that the Stars and Monarchs will take the field again in our annual Salute to the Negro Leagues game.”

“The Cardinals are honored to take part in this year’s Salute to the Negro Leagues game with the Royals,” said Cardinals Team President Bill DeWitt III. “This year’s centennial celebration of the founding of the Negro Leagues is a notable milestone, and it also reminds us that we need to continue to prioritize issues of diversity, equality and inclusion in MLB.”

The Royals will wear the 1945 Kansas City Monarchs home uniform which is a replica of the jersey Jackie Robinson wore when he played that year for the Monarchs. It is a cream color uniform with navy stripes and red and navy piping. The well-known “KC” Monarchs logo is on the jersey in red block lettering with a navy outline, and the jersey also features red buttons. The Royals will also wear inspired batting helmets that are red with the same “KC” Monarchs logo in a cream color.

The Cardinals will wear the 1930 St. Louis Stars away uniform which is the team that won the Negro National League Pennant. It is a gray uniform with navy piping and “St. Louis” block lettering on the chest of the jersey in navy with a red outline. The hat will be navy with “St. L” lettering on the front in white.

Game-worn uniform pieces and bases will be up for auction starting at 9 a.m. on September 22 through Royals Authentics online at royals.com/auction. All proceeds will benefit the Negro Leagues Baseball Museum.