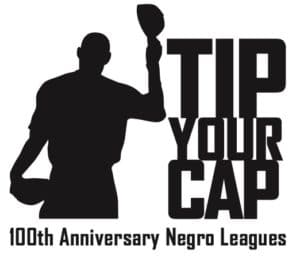 By Joe Posnanski, The Athletic

The goal here is simple: We want you to take a moment and tip your cap to the Negro Leagues. We want you to take a moment to commemorate those baseball players who were denied even the hope of playing in the Major Leagues. They played baseball anyway, played it joyously and with breathtaking skill, played it because they loved the game and wanted to show their talents and because they refused to be defined by the segregation that marked baseball and America.

Normally, for a campaign like this, you make the case and then ask for action.

But I am asking for action first because you can feel the power of this moment. This year marks the 100th anniversary of the Negro Leagues. And in celebration, we want you to take a photo or a short video of you tipping your cap to the Negro Leagues — it can be any cap at all — and add a few words and send it to photos@tippingyourcap.com.

We want you to join an extraordinary group of people who have already sent in their photos and videos and thoughts — we are officially launching the campaign this week at tippingyourcap.com and I think you will be a little bit blown away by some of the people you see joining us in this celebration.

And then we hope you will tip your cap, challenge your friends and family to tip theirs, send us your photos and videos, post them on your social media platforms, and also consider donating some money to the Negro Leagues Baseball Museum in Kansas City. 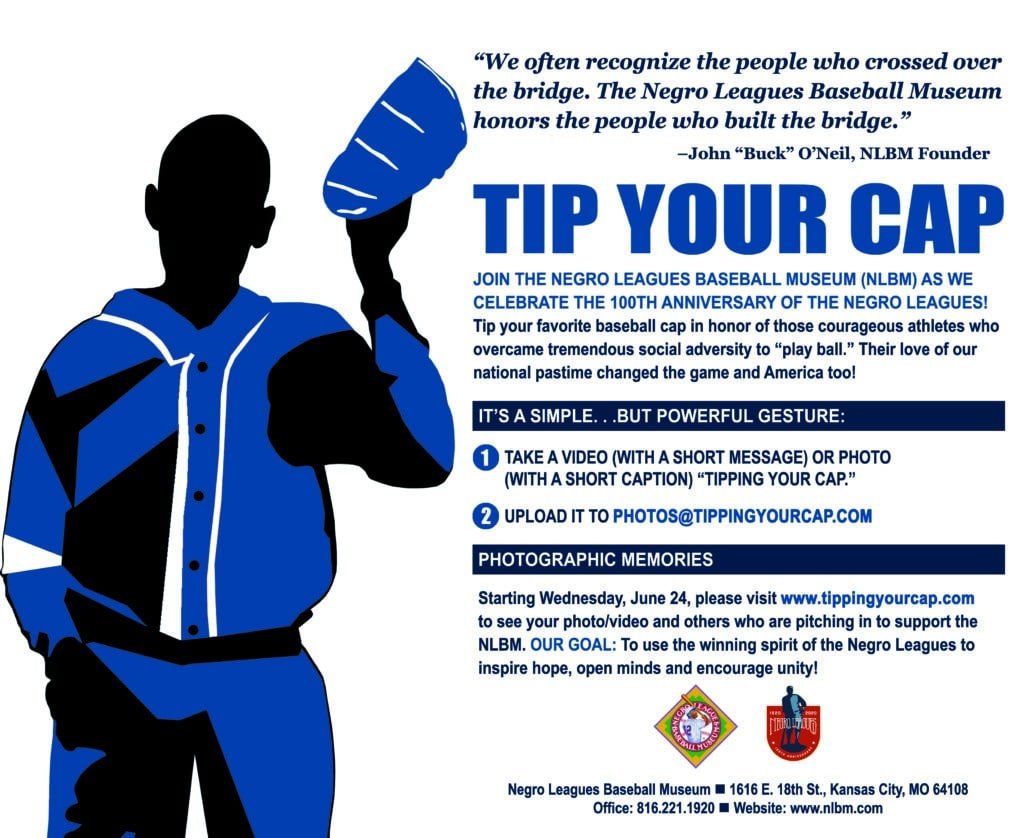 One hundred years ago, in 1920, a group of men met at the Paseo YMCA in Kansas City — right around the corner from where the museum now stands — and created a league for African Americans and dark-skinned Latin players who did not have a league. This centennial year was going to be a very special year for the Negro Leagues. Major League Baseball and the Players Association donated $1 million to the museum and announced what was supposed to be a yearlong celebration, including a day when every MLB player would tip his cap to the Negro Leagues players who helped baseball become a true national pastime.

But it hasn’t stopped the goal. As Bob Kendrick, president of the Negro Leagues Museum, says, those Negro Leagues players didn’t spend time feeling sorry for themselves. They played ball, even when denied a place to sleep, even when restaurants turned them away, even when they were told they couldn’t use a gas station bathroom. They played doubleheaders, tripleheaders, sometimes even quadrupleheaders.

They played so well that — even though it took too long — Major League Baseball could no longer ignore Black ballplayers and the Dodgers signed Jackie Robinson and Don Newcombe and Roy Campanella, Cleveland signed Larry Doby and Satchel Paige and over the next few years the Giants signed Monte Irvin and Willie Mays, the Braves signed Henry Aaron, the Cubs signed Ernie Banks, the Yankees signed Elston Howard and on.

And so, as a tribute to their spirit, we have created this campaign. We hope you will be a part of it. Take a photo or video. Send it in. Encourage your friends. Visit the website. Donate if you can.

Now, we can talk about why the story of the Negro Leagues matters now more than ever.